Fresh corpers of the 2014 Batch ‘B’ service that were posted to some northern states have bee redeployed due to the continuous and scary attacks and insecurity in those states. There were seven states which are Adamawa, Bauchi, Borno, Gombe, Jigawa, Kano and Yobe.

The Director of Public Relations in NYSC, Mrs. Bose Aderibigbe, in a statement on Thursday in Abuja said the decision followed the high rate of insecurity in some parts of the North.

The corps members are part of the 2014 Batch ‘B’ Orientation Course scheduled to commence next week, August 5, 2014, Tuesday. The NYSC said due to logistic reasons, the orientation course will be conducted in two streams for different states.

END_OF_DOCUMENT_TOKEN_TO_BE_REPLACED

12 THINGS NO ONE TELLS YOU ABOUT NYSC ORIENTATION CAMP

1. Most camps don’t have toilets, so ready to improvise.

2.Your kits given to you might not be your size. so its either you swap with someone (with begging of course) or you slimfit the wears but the boots are always bigger than your given size so i advice you get to camp early enough so as to get a small size as most times the small sizes are given to people who come early.

3. I advise you to get to camp early. As the good part or utilities such as rooms, beds, kits will be given to people who get there early.

END_OF_DOCUMENT_TOKEN_TO_BE_REPLACED

THE 4 STAGES OF THE NYSC ONE YEAR PROGRAM: A SUMMARY

Hi readers and prospective and current Youth corp members. I am sure you have read my other posts and advice for NYSC survival and help . Today i will be briefing you about important aspects of your one year program . I categorise them into 4 stages. Before i continue i hope you read my post on things some tips before you leave for camp ?  if not then read it here.

In order to successfully complete your NYSC program without a hitch. Ask yourself this question

If your answer is no  then this post is for you

Yes this is the part and stage that everyone gets freaked about as most times their choice or desired state is not being given instead they are thrown to random states not desirable. Well the good news here is that END_OF_DOCUMENT_TOKEN_TO_BE_REPLACED


During the swearing in of the 2014 Batch A corps members deployed in Osun State at the NYSC Permanent Orientation Camp in Ede, President Goodluck Jonathan assured members of the National Youth Service Corps of adequate security whenever they are posted for the one-year mandatory service.

The Osun State Government also promised to ensure safety of all corps members posted to the state, saying security measures had been put in place to ensure their safety which was contained in the address of the NYSC Governing Board in the state, Mr. Stephen Kola-Balogun. END_OF_DOCUMENT_TOKEN_TO_BE_REPLACED

Over 820 Batch A youth corpers were deployed to troubled states which include Borno State , Northern Nigeria. Despite the killings of hundreds of people the NYSC management still sent them to those states.The deployment was disclosed by Margaret Dakama, the Head, Public Relations Unit of NYSC in Gombe State.

Would you go if you were part of the 820 youths deployed to the state ? Why are they still bent on sending innocent citizens to their death paths ???? END_OF_DOCUMENT_TOKEN_TO_BE_REPLACED 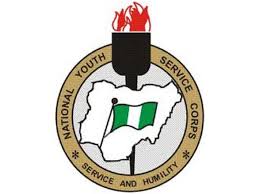 Two serving members of the National Youth Service Corps, O’tega Daniel, 27, and Sulaimon Abari, 26, were arraigned on Monday in an Ibadan Chief Magistrates’ Court sitting at Iyaganku for engaging in homosexual practices with a pupil.Well, If found guilty that is 14 years in Jail. Youths who are supposed to be showing examples to the young ones are the ones leading them to destruction . God help us .  END_OF_DOCUMENT_TOKEN_TO_BE_REPLACED