At least there is something finally good or to be proud of about Nigeria. We all heard and knew about the deadly Ebola disease which spread through west Africa and unfortunately was brought into the country.

As at now there are no Ebola patients under quarantine and surveillance in Nigeria. So what really happened? Was it the doctors, the Ebola teams? or Even Prayers that helped subdue this deadly outbreak in  the country.

The United States are still marvelled as how Nigeria did this or helped manage this outbreak and also Stunned by the entrance of the Ebola Virus Disease, EVD, into America, the United States’ Center for Disease Control and Prevention has despatched its personnel to study how Nigeria contained the killer disease. END_OF_DOCUMENT_TOKEN_TO_BE_REPLACED

IS NIGERIA TRULY FREE OF EBOLA ?

Was going through a news report which stated that Nigeria is free of Ebola as there are no individuals under surveillance How true is this? How do individual Nigerians live in fear or free?

As the  Minister of health, Professor Onyebuchi Chukwu, has said the country is free of the Ebola Virus Disease. Should we believe this news and be happy or ignore and still be vigilant? Does this mean that activities can return as usual ? can school now resume ?  END_OF_DOCUMENT_TOKEN_TO_BE_REPLACED

US SUPPORTS NIGERIA WITH $51 MILLION FOR CREDIBLE ELECTIONS

The US has committed to providing a huge sum of $51 million which equals to about 8.4 billion naira to support credible elections in Nigeria in 2015 and other electoral process in the country for the five years.

A fact sheet publication issued by the White House in Washington DC and  was released just as the US-Africa Leaders Summit being attended by 50 leaders from the continent, including President Goodluck Jonathan. The publication stated that the U.S. was working with other donors to support Nigeria’s electoral management bodies and strengthen the ability of the country’s civil society to promote electoral reforms.

According to it, part of the funds will be used to expand voter education and monitor electoral processes in the run-up to the 2015 elections.

The U.S government also announced that it had launched “Making All Voices Count”, a programme aimed at supporting innovation and research that would empower citizens in some countries to engage with government.

“The project is being executed in partnership with other governments and private foundations. “The partnership with the United Kingdom, Sweden, the Omidyar Network, and the Open Society Foundations, is providing 55 million dollars globally in support and in capacity building from 2013 through 2017,” it stated.

It said that the first round of grants on the programme, totalling 2.5 million dollars had been announced and would benefit African countries, including Nigeria, South Africa, Liberia and Ghana. (NAN)

Should the money be given in full ? or divided after every year ? what is your opinion on the US government descison

After Ex-Super eagles Coach, Stephen Keshi resigned , there has been a recent scramble on who to replace him .

Two prominent nigerians have been nominated which are Sunday Oliseh  Ex- Eagles Captain and Ex-coach Amodu Shuaibu.According to KickOffNigeria.com Technical Director of the NFF, Shuaibu Amodu, who has had three spells with the national team is expected to be put in temporary charge while the NFF shop for a replacement.  END_OF_DOCUMENT_TOKEN_TO_BE_REPLACED

Amaka Igwe the brain behind most Nigerian family Soap operas is dead !!!! In case her name does not ring a bell to you or you do not know her , She is the creator of one of the best TV shows in Nigeria of all time – Fuji’s House , ‘Checkmate’, ‘Rattle Snake’, ‘Violated’ just to mention a few. 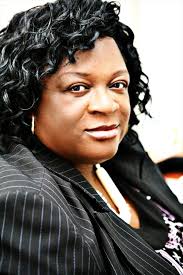 She reportedly suffered an asthmatic attack, and END_OF_DOCUMENT_TOKEN_TO_BE_REPLACED

FOUR KIDS TRAPPED IN A COLLAPSED BUILDING IN LAGOS , NIGERIA

Another sad event has occurred Yesterday , 24th of April  at 11am as a two-storey building  which was under construction on Sea Beach lane at Oworonsoki, a suburb in Lagos state,Nigeria collapsed .

This left 10 victims which were 4 children who were assistants to the construction workers and 6 adults with various  degrees of injury.

Vanguard eyewitness, Miss Blessing Atoyebi said: “I heard a loud bang and all I saw was that the entire building had collapsed on the workers. While some escaped unhurt, others are still trapped under the debris. I can’t say the number of people under the rubble but I know that those in the building were working on the structure.”

The ten victims of the disaster were trapped under the rubble for a few hours after the collapse before emergency agencies came to their rescue. The victims were immediately rushed to General Hospital Gbagada for treatment….