Actually its been a little while Burna boy been out of the scene but thank God he is back. Burna Boy releases the official video to his latest single, “Check and Balance”. The video, a collaborative effort between popular music video director, MattMax, and Godfather Productions, takes you through different scenes ranging from the singer being chased by the police, to the dance floor where you’ll see a couple of hot girls performing amazing, sick dance moves. Check it out.

Finally, after a long time of judgement ,trials a verdict has been passed on by judge Masipa in Pretoria After Oscar shot dead his girlfriend Reeva Steenkamp.He was cleared of Murder yesterday. END_OF_DOCUMENT_TOKEN_TO_BE_REPLACED

Early this morning, Typhoon Vongfong barreled into Japan with at least one person missing and dozens injured while more than 300 flights were grounded.

NHK said at least 45 people had been injured in typhoon-related accidents so far, a figure which included the 23 injured as the monster storm pounded the southern Okinawa islands over the weekend. END_OF_DOCUMENT_TOKEN_TO_BE_REPLACED

Its another interesting day in the BBA9 season – the hotshots. well incase you missed it , this is what happened.>>>>>> 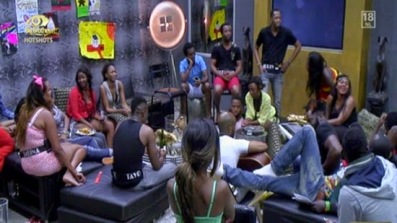 With the Biggie’s task which is in progress  for Saturday there seem to be serious tension in the house , hmm  Will this threaten the unity of the housemates  ? The extravaganza on Saturday is definitely a show not to miss!

LOVE IN THE HOUSE

Talking about couples in the house well we have few already but will the relationships be solid enough before the eviction night on sunday ? All the  cuddling and caressing ??? END_OF_DOCUMENT_TOKEN_TO_BE_REPLACED

ARE YOU READY FOR THE TOTAL LUNAR ECLIPSE THIS YEAR ?

Are you ready for one hour of darkness today ? At exactly  6:25am EST (11.25am BST) time the moon will pass into Earth’s shadow, making it appear red which will last about an hour and, owing to the moon’s position in its orbit, will be 5.3 per cent larger than the previous blood moon on 15 April.

A ‘blood moon’ will be visible across large parts of parts of North America early tomorrow morning.

END_OF_DOCUMENT_TOKEN_TO_BE_REPLACED

Its quite a shocking news as iconic TV personality  Joan Rivers has been declared dead today, Thursday as her daughter Melissa Rivers made the heartbreaking decision to take her off life support. She was surrounded by close family and friends, Melissa Rivers said in a statement. an  known for her brassy sense of humor and quick wit, has died at age 81 in New York City on Sept. 4, 2014

The “Fashion Police” host, who was staying in a private room at the Mount Sinai Hospital, was dependent on machines to stay alive eight days after going into cardiac and respiratory arrest, sources said. END_OF_DOCUMENT_TOKEN_TO_BE_REPLACED