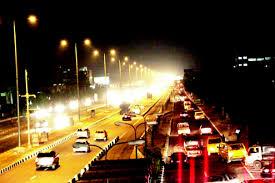 Since the tenure of the current Governor of Lagos state , Babatunde Raji Fashola,  new rules have emerged on traffic and road usage. Can we say its for good or bad ? well definitely these new laws cant favor everyone at the same time . Though deterrence and the need to sanitize Lagos prompted the law, many believe that the traffic laws are made for the poor and helpless, as the rich can easily pay the stipulated fines and walk away free.

Do you think these laws are avenues for law enforcement agencies to enrich themselves(police ,LASTMA ,VIO ,KAI) ?

Lagos state roads have claimed the lives of so many innocent commuters in the past years . Some of the reason can be blamed on the craziness of Lagos state as a whole . The hustling and bustling seems never to cease.Sadly the human factor contributes to 80% of the crashes. In 2008 , Lagos was declared the most dangerous city in the world in terms of accidents.

1.Restriction of trailer movement . Trailers have been restricted from moving within the hours of 6. am and 9. pm

2. Ban on commercial motorbikes (okada) on bridges, even as their activities are now prohibited on 443 routes in the state.

3. Smoking, using the phone, eating and other acts considered dangerous while driving are now offences in Lagos.

4. One-way driving which is driving against traffic now attracts a three-year jail term, while a first offender gets a one-year term and the vehicle forfeited to the state government.

5.  Bullion vans are not exempted from the law as any bullion van that is driven in a direction prohibited by the road traffic law will be forfeited

6. The law also prohibits underage persons from riding a motorcycle, as it attracts a fine of 20,000.

7. Operators of a motorcycle in a restricted area or prohibited route will be fined 20, 000 or the motorcycle impounded.

8. Section 1 and 3 of the Traffic Law prohibits any person from riding, driving or manually propelling a cart, wheel barrow, motorcycle and tricycle on a total of 11 highways, 41 bridges and 496 routes, which are all stated under the Schedule II of the new traffic law. As contained in the schedule, these categories of vehicles are restricted from plying any route in Eti-Osa Local Government Area, covering Victoria Island, Lagos Island as well as Ikoyi.

9. Use of sirens and sounding of horns or other similar appliances either in general or at specified times are now prohibited

10. Under subsection 4, commercial motorcycle riders are expected not to carry more than one passenger at a time.

11. It also states that a pregnant woman, a child below 12 and an adult with a baby or heavy load placed on her head or which can obstruct normal sitting shall not be carried as a passenger.

13. Section 36 (3) of the law states that in sentencing a person convicted of committing an offence, the court may, in addition to the prescribed sentence, direct suspension or revocation of the driver’s licence and direct the person convicted to render community service.

14. Subsection 2 and 4 outright gives power to LASTMA officers to arrest where appropriate and allow alleged offenders to be fined the stipulated amount for the offences committed, and prosecute any persons reasonably suspected of having committed any offences under the provisions of the law. However, the power to prosecute by LASTMA is subject to the provisions of the Section 211 of the 1999 Constitution.

15. Also, under the same section, the court can direct a convicted person to attend courses at the Lagos State Drivers’ Institute (LASDRI) for seven days at his cost. The person might also be sentenced to both community service and enrollment in the drivers’ institute.

SOME PENALTIES ,FINES AND PUNISHMENTS

A traffic radio has been put in place (i can testify to  that because it has helped in various times) to help and provide necessary information on different routes within the state  so as for citizens to plan their routes well.

Well Between January and July, 2012, there were 722 reported cases of accidents on okada at the Lagos State University Teaching Hospital (LASUTH). Out of this number, 568 were males and 154 were females.  Do you think okada causes  traffic gridlock and increased the state of insecurity in the state. ? should they be brought back ? 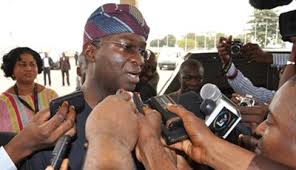 Speaking on the expediency of the new traffic law, the Lagos State Governor, Babatunde Raji Fashola explained that it was all about the safety and benefit of Lagos residents, insisting that it was not meant to imprison anybody. “It is not meant to send anybody to jail,” said Fashola. “A jail sentence will be an extreme case, especially when the presiding magistrate has identified an offender to be hardened or such an offender has been committing a particular offence over and over again. “Unlike the provision of the old traffic law, the new law has made provisions not only for payment of fines, but for convicted offenders to engage in community service such as directing traffic for a specified period among others.

So whats your opinion ?

im just me.find out more!
View all posts by evatese »

So what is your opinion? drop comments here Cancel reply