Justice Mohammed Idris of  the Federal High Court sitting in Lagos has fixed  October 16, 2013 for the commencement of trial in a N120 million copyright suit filed against popular music  star, Innocent Idibia, a.k.a. TuFace, his wife, Annie Idibia and their manager, Anthonio Anifite over  photographs allegedly taken at the recent traditional wedding of the musician and his wife in Akwa Ibom State.

Abuja based photographer, Emmanuel Okolo, who is the plaintiff in the suit alongside his studio, Papilonmexy  filed suit against the defendants.

*Tuface and Annie Idibia during their traditional marriage

He is asking for six reliefs, two of which include N100 million in general damages and N20million in exemplary damages. END_OF_DOCUMENT_TOKEN_TO_BE_REPLACED

The National Drug Law Enforcement Agency says that she risks a minimum of 15 years in jail for encouraging the consumption of hemp.

Dikeh had on Friday posted photographs of a wrap of hemp and grains of the weed formed into the letters, ‘Happy birthday POKO.’ Her picture is a close-up of her face that seemed to depict her in a high state.

She also posted a photograph of herself and added the inscription, ‘Mi smoke ganja mi smoke weed while my hatez smoke ma gossip.’ END_OF_DOCUMENT_TOKEN_TO_BE_REPLACED

Guys and lies are synonymous with each other , its like bread and butter an inseparable pair.

Today on EB , we would be looking into Guys and Lies. Most ladies can attest to this fact that lying has become a part of them. Why do guys lie ? is it in their nature?  well all these question would be answered here.

Lying is a term known to be mostly associated with Guys. Though everybody both Guys and Ladies lie at some time . For example ladies tend to lie about how much they spent shopping , how good their partners are etc.  we are looking at this from the relationship context. Sometimes i ask myself  ,Do men lie because they are selfish, egotistical, callous and self seeking? Do men lie because they are not in touch with their emotions and are not as liable for their lies as the women who fall for them? What do you think? 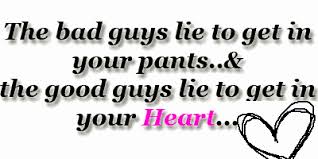 END_OF_DOCUMENT_TOKEN_TO_BE_REPLACED

‘Diwari Unplugged Series’ is a monthly event put together by her record label and management to give her steaming fans an intimate live acoustic performance of good African music.

Iyanya and his manager/business partner Ubi Franklin who just came back to the country from london  visited ailing super producer OJB Jezreel at his Gbaja, Surulere residence and donated N1million to him.

It was said  that OJB produced ‘Gbadun You’, the first track on Iyanya’s first album after he won Project Fame in 2008.
. God bless them